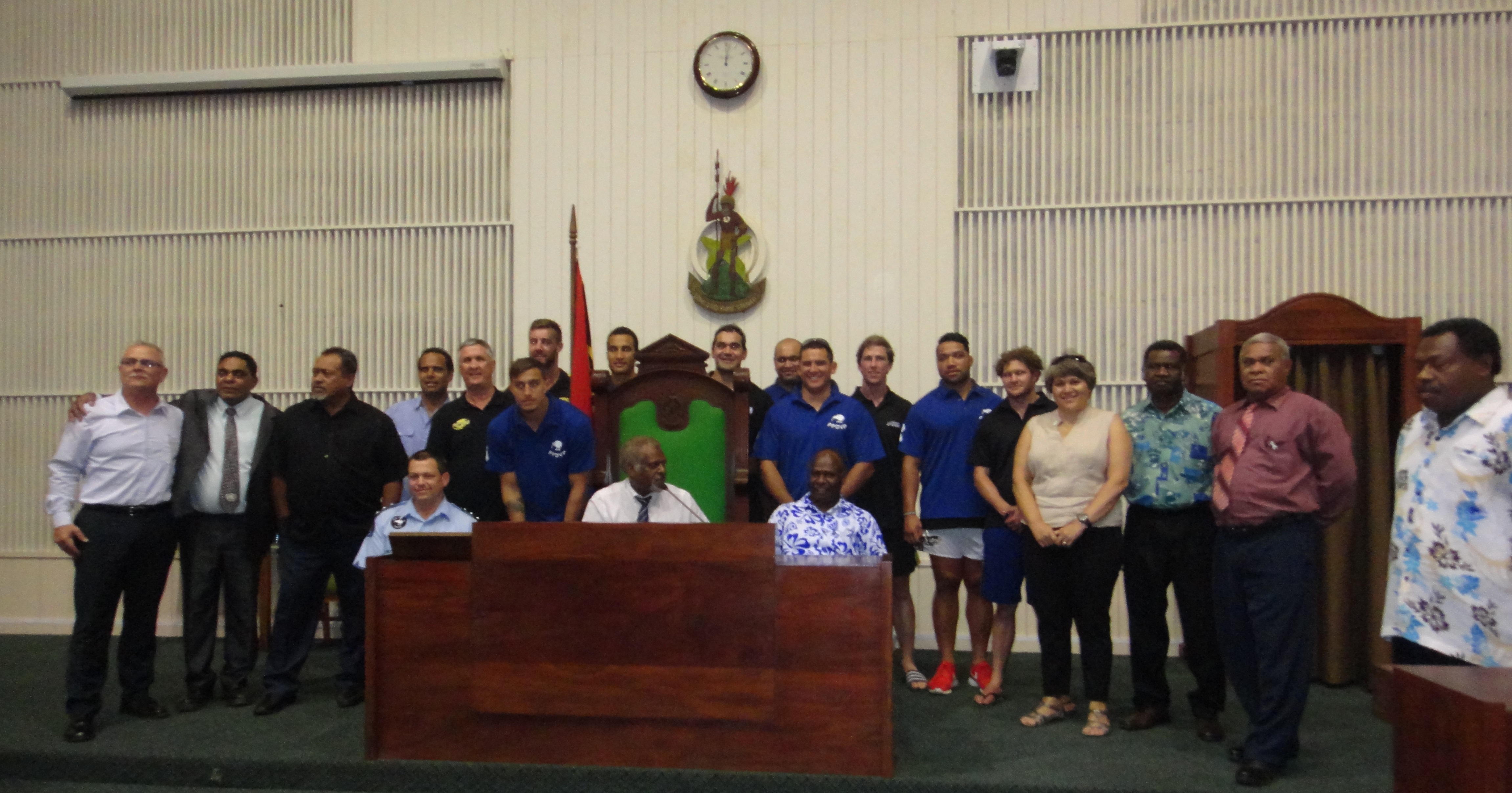 The New Zealand High Commissioner in Port Vila Ms Georgina Roberts has organised a special visit to the Parliament of Vanuatu with the New Zealand Rugby/NZ Police representatives. This special visit is made under a NZ funded program called "Pacific Prevention of Domestic Violence" on 10 November to 14 November 2014 and this Break the silence, End the Violence is accompanied with Professional NZ Rugby players.

The programme has already carried out in a few other Pacific countries, including Samoa and Cook Islands before coming here to Vanuatu. It is programme that are already being implemented in the field for the advocacy, promotion and empowering of vulnerable groups such as women, children and disables especially who have often been the victims of violent and male dominated society.

For Vanuatu it has taken decades to come up with appropriate policies and a law to address these issues. It began with formulating a bill called the “Violence Against Women Bill” but this did not sound nor sink well with the male counterparts of the Vanuatu Population. So it had to go through a long process of consultations and review. Consequently the final product, which is the “Family Protection Act”, was eventually passed by this Parliament in 2008. In terms of promoting gender equality, promoting of women’s rights and the protection of family, this was a milestone for Vanuatu.