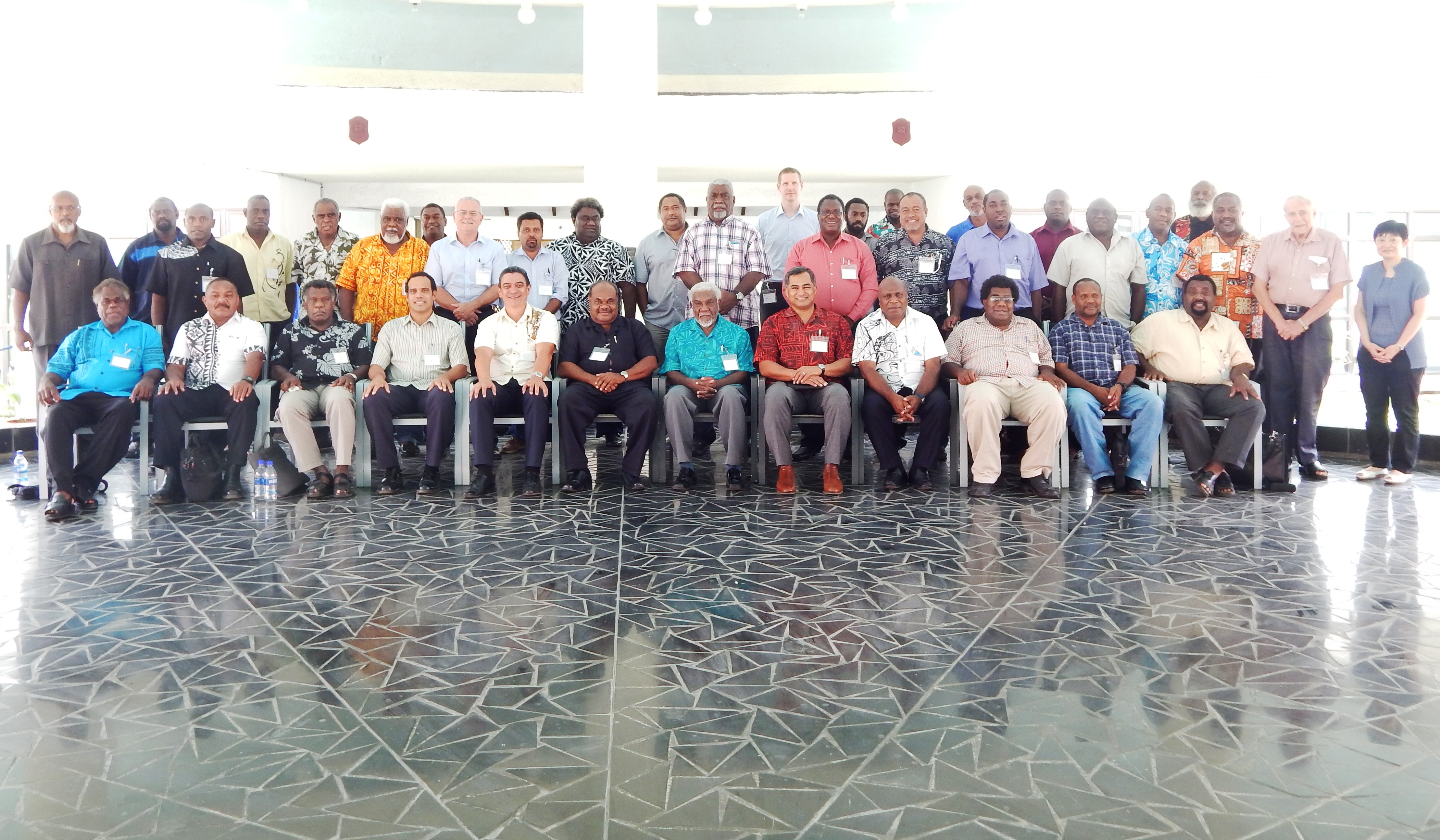 A 2-day dialogue on Political Reform for Vanuatu is taking place at the Parliament Chamber in Port Vila today 25th - 26th February.

The Commonwealth Team that is facilitating this Vanuatu initiative is being leb by Albert Mariner, Head of the Caribbean and Pacific Section, Political Division of the Commonwealth Secretariat. Mariner and his Team have been in Port Vila since end of last week preparing for this first dialogue and have met the Prime Minister and the Speaker of Parliament, Hon. Philip Boedoro.

The Commonwealth Team of the three includes three resource persons for support who include Professor Don Patterson, University of the South Pacific, Dr Alphonse Gelu, Registrar of Political Parties in Papua New Guinea and Brian Lenga, former Director of the Commonwealth Pacific Governance Facility. The UNDP is also assisting in this dialogue represented by Dyfan Jones.

The purpose of the dialogue is further debate on Political reform to finding answers to the Political instabilities that are hampering the development of the country.

A paper by Professor Don Patterson produced in  2010 tittled "Policy Framework For Political Party Integrity Legislation" has been included as a resource material for this dialogue session.

Speaker of Parliament Hon. Philip Boedoro says the dialogue will see if there is a need to amend the Constitution through a referendum to "cut down on instabilities caused by Members of Parliament through a Bill for Parliament to enact to prevent MPs from switching parties, providing penalties, limiting the number of motions and may be providing a grace period for governments to be in power before facing motions for removal".

"One of the options for discussion will be the need to maybe register political parties with a certain number of members to prevent all sorts of groups, some even very small, from contesting general elections in the last minutes as a way to stop political instabilities," he said.

Hon. Philip Boedoro said Vanuatu will learn from from experience of Papua New Guinea and Solomon Islands that have made much advances in these areas of political reform.

He said if there is a need to amend the constitution, this will need to be put to the people in a referendum to be voted on during the next general election in 2016.

It is estimated that up to 60 participants are at the dialogue and comprising of the Members of Parliament and Leaders of Political Parties such as Barak Sope, who is not sitting member of Parliament but a leader of political party.

"This session is part of the process for political reform and is a continuation of the work began by the former Prime Minister Moana Carcasses and now the current Prime Minister Hon. Joe Natuman is taking it further," Hon. Philip Boedoro added.

Last week, another meeting of the leaders of political parties to continue the process was held the Parliament Chamber.